Get “THE EDGE” over Your Competition--Make Connections! Seize Opportunities!

Learn How I can Help You Book Peggy Now!

Negotiation: How to Prepare to Ask for a Raise. 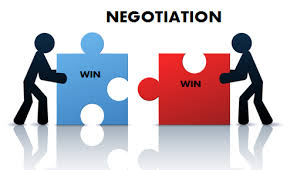 When was the last time that you negotiated a raise or promotion?  Do you get a little weak in the knees at the thought of asking your boss for a raise?

Recently a friend of mine was lamenting to me that she needed to get a part-time job to supplement her income because she had not received a raise in over 3 years.  She explained that she had been instrumental in getting a raise for 15 of her employees but not one for herself.

As we worked together over several weeks, we came up with a firm plan for her to get in front of her boss and boldly ask for that long overdue raise.

Here are a few negotiating pointers that you can use to ask for your next raise:

After coaching my friend though these tips, she not only received a raise but also was promoted to Vice President of the company!

You too can be successful in negotiating a raise and/or promotion.  Just remember, everything is negotiable.  Be bold and be prepared to receive a “Yes” answer!

Peggy is a Certified Professional Coach who works with individuals to set career goals and objectives.  Her focus is to guide her clients to a win-win.